How did the journey started: The Ice Queen 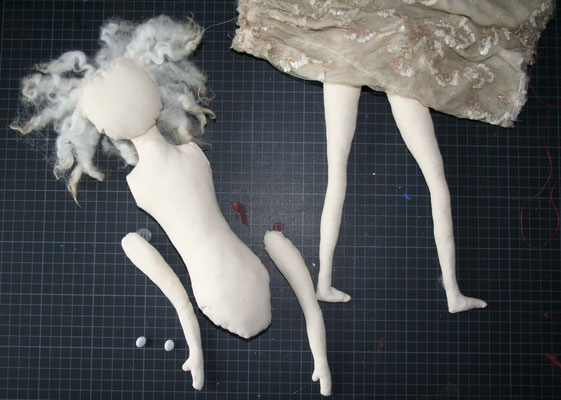 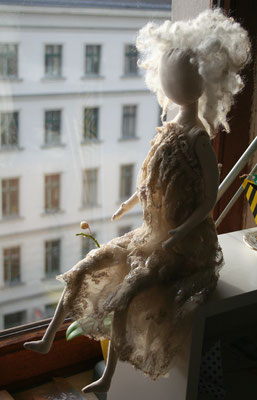 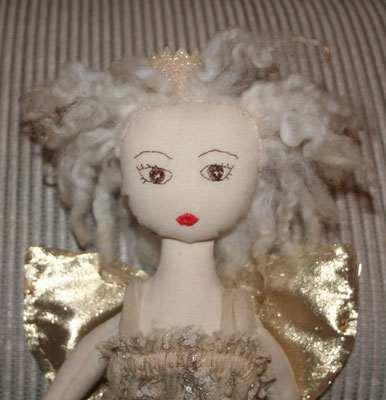 It was December 2015. My daughter heard from someone about the "ice queen", an animation blog buster film. She wanted to have the "ice queen" for Christmas. She had not seen the film, so she actually had no idea who or what this ice queen was. But she was still completely obsessed with it. As I did not want to buy one of those barbie-like figures, flourishing the windows of nearly all toy shops, I decided making her one. We had some weeks till Christmas, spent nearly every day writing a new letter to Santa, describing how the ice queen should look like. My daughter was waking up every morning with new ideas how actually the ice queen looked like, her hair, her eyes, her dresses.... every little detail. And me? I was surfing in internet, looking for tutorials, reading books about doll making, searching for suppliers etc ...

Two weeks before Christmas, I got a call from my doctor telling me that I had cancer. It was just in the middle of our daily early morning stress. I heard her talking, not really understanding what she was telling. It is in a very early stage, I should be immediately operated, everything would be all right...

The only thing I thought at that moment was that the ice queen was still not finished.

So the next days I finished the doll, packed it, gave to my husband that he could place it under the Christmas tree, in case I won't make it home. Four days before Christmas I went to hospital.

Operation was good, although I was still weak I came home for Christmas. I wanted to see may daughter opening up her present.

It was the best Christmas present I got: she screaming, "Mom, Santa knew exactly what I wanted!!!! He brought me the best Ice Queen ever!!"

During the time of rehabilitation I made some other dolls. I was keen to try all those methods I learned in doll making books and tutorials. It distracted me thinking about what I was going through. And somehow I got addicted. Not only making dolls, but the idea of other people, children or adults, opening a package, taking a doll I made and have the same happiness in their faces as my daughter.

So I make dolls now. I am happy, healthy and looking forward to hear from all those of you, looking at my dolls with a childish joy in your heart.

Thank you for stopping by :)